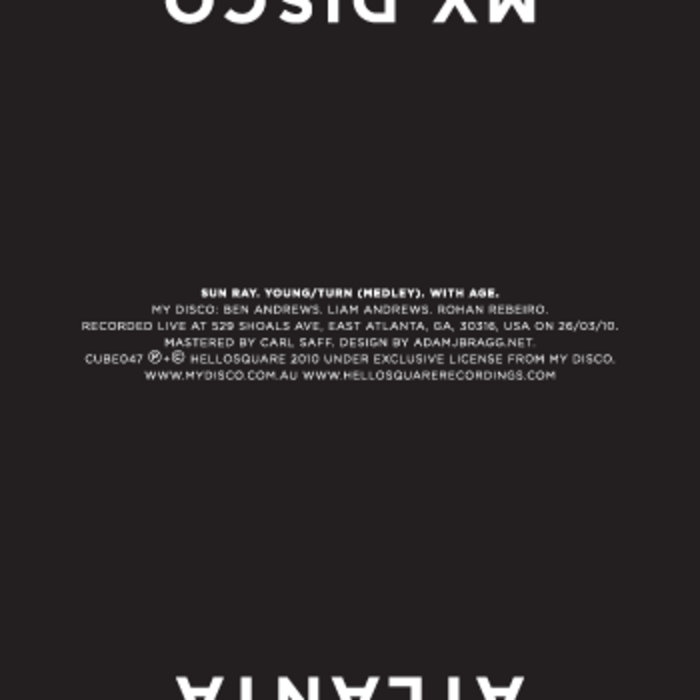 hellosQuare has teamed up with our good friends My Disco to produce 'Atlanta' - a limited edition CDR featuring three live recordings from a show they performed in Atlanta, Georgia back in March 2010. This disc has been put together to be received as a free door gift with anyone who attends My Disco's performance in Canberra on Wednesday 24th November 2010 but a handful of these have also been made available for purchase via this site.
These recordings feature raw and embryonic takes on songs that can be found on their new album 'Little Joy' and demonstrate the live power that they have worked up over the last five years. Not one to be missed for the MD fan!

This release was packaged in a plastic sleeve with single sided cardboard insert, letter-pressed by Ben Owen at Middle Press.

Bandcamp Daily  your guide to the world of Bandcamp

New sounds from Mavi, Ivy Sole & Moderator, plus AJ, the One joins the show, for her latest release